A butcher watching over his shop is really surprised when he sees a dog coming inside the shop. He shoos him away. But later, the dog is back again. So, he goes over to the dog and notices it has a note in its mouth.

He takes the note and it reads "Can I have 12 sausages and a leg of lamb, please? The dog has money in its mouth, as well."

The butcher looks inside and, low and behold, there is a ten dollar note there. So he takes the money and puts the sausages and lamb in a bag, placing it in the dog's mouth. The butcher is so impressed, and since it's about closing time, he decides to shut the shop and follow the dog.

So off he goes. The dog is walking down the street, when it comes to a level crossing; the dog puts down the bag, jumps up and presses the button. Then it waits patiently, bag in mouth, for the lights to turn. They do, and it walks across the road, with the butcher following him all the way.

The dog then comes to a bus stop, and starts looking at the timetable. The butcher is in awe as the dog stops a bus by pulling its left leg up and gets in it. The butcher follows the dog into the bus. The dog then shows a ticket which is tied to its belt to the bus conductor. The butcher is nearly fainting at this sight, so are the other passengers in the bus. The dog then sits near the driver's seat looking outside. As soon as the stop is in sight, the dog stands and wags its tail to inform the conductor. Then, without waiting for the bus to stop completely, it jumps out of the bus and runs to a house very close to the stop..

It opens the big Iron Gate and rushes inside towards the door. As it approaches the wooden door, the dog suddenly changes its mind and heads towards the garden. It goes to the window, and beats its head against it several times, walks back, jumps off, and waits at the door. The butcher watches as a big guy opens the door, and starts abusing the dog, kicking him and punching him, and swearing at him. The butcher surprised with this, runs up, and stops the guy.

"What in heaven's name are you doing? The dog is a genius. He could be on TV, for the life of me! "To which the guy responds: "You call this clever? This is the second time this week that this stupid dog's forgotten his key."

Moral of the story.....
You may continue to exceed onlookers expectations but shall always fall short of the boss' expectations.
It's a dog's life after all..... 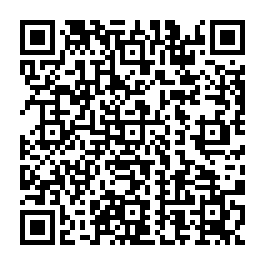